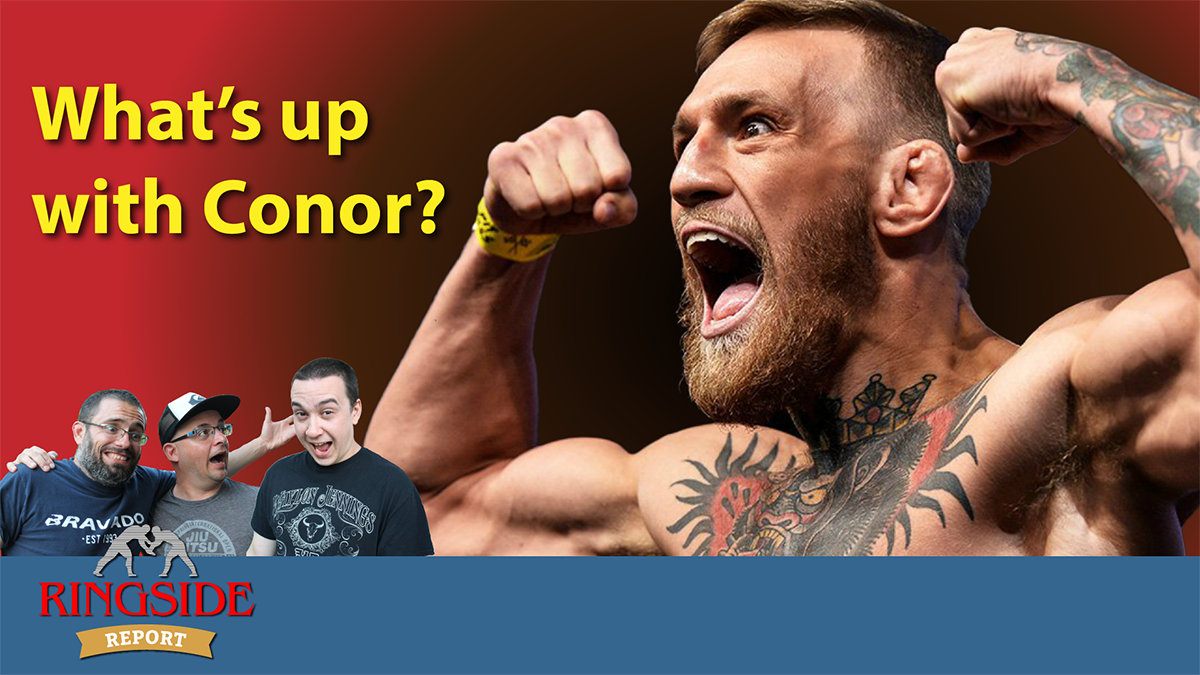 03 Jan Ringside Report January 3: Why is Conor so Quiet?

https://www.youtube.com/watch?v=aeBCJTGokO8&feature=emb_logo Ringside Report January 3, 2019. Hosted by Dave Simon, Fred Garcia and AJ D'Alesio. Dave, Fred and AJ discussed Conor McGregor v. Donald Cerrone at UFC 246 coming up on January 18 and why Conor has been so quiet in the lead-up to this fight. The guys...

This is the February 5, 2013 episode of Ringside Report Radio. Hosted by Dave Simon and Kevin "Big Tuna" McKough. Simon and McKough discussed the results from UFC 156 including Antonio Silva's win over Alistair Overeem, Jose Aldo's win over Frankie Edgar and Rashad Evans losing...

This is the 19th monthly installment of the Ringside Report official Top 10 MMA rankings. These rankings were revealed on the February 1, 2013 episode of Ringside Report Radio. NOTE: Results from UFC 156 and all other events in February 2013 will be reflected in...

With STRIKEFORCE holding their final event this past Saturday only a select few of the remaining roster knew their fate. Before the UFC officially made the decision the dissolve the promotion they began picking top talent at will. The UFC immediately imported STRIKEFORCE Welterweight champion Nick...

This Weekend in Fights! (January 12th, 2013) marked a sad day in MMA history, with final STRIKEFORCE event ever. STRIKEFORCE was founded by Scott Coker in 1985 as a kickboxing promotion. In 2006 STRIKEFORCE transitioned into an MMA company with the featured bout between Frank Shamrock...

This is the 18th monthly installment of the Ringside Report official Top 10 MMA rankings. These rankings were revealed on the January 2, 2013 episode of Ringside Report Radio. Cain Velasquez’ victory over Junior Dos Santos on December 29 moves him from second last month to...

This is the January 2, 2013 episode of Ringside Report Radio. Hosted by Dave Simon and Johnny North. Simon and North discussed the results from UFC 155 including Cain Velasquez impressive performance to defeat Junior Dos Santos and become the new UFC heavyweight champion. Simon and...